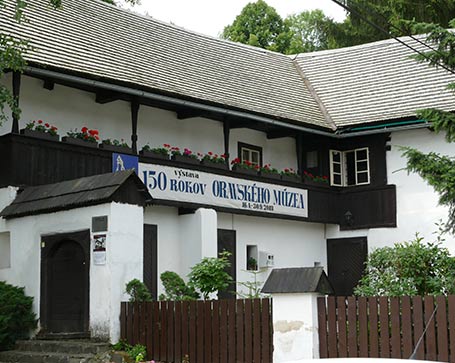 He left behind himself approx. more than ten poetry books. During many years of Hviezdoslav Kubin, he regularly helped with organization. Lubo Feldek wrote him in his book Cheat sheet from the Slovakian history of literature from Lomidrevo to Malkac. He describes him as a pleasant, unusually educated  and charmingly eccentric man.

He traveled to many countries. He lived in Yugoslavia, Paris, Spain, Portuguese, Casablanca, London. After the war, he was a diplomat in Paris and Washington. Later he became personal secretary of the minister of foreign policy Vladimir Clementis. He assisted also by protests against Russian-german pact and against Stalin attack on Finland.

Travelling reflected also in his works – it is crossed with the motives of eternal wandering, the wandering of life derailment, and the never-ending search for happiness and home. He finally found it in Orava, when he came back to his hometown Dolny Kubin.

The socialistic regime which rules here at that time didn´t look at his activities with enthusiasm. He spent 3 years in investigative detention. After release, he spent the rest of his life in Dolny Kubin in a nice small house by the river.