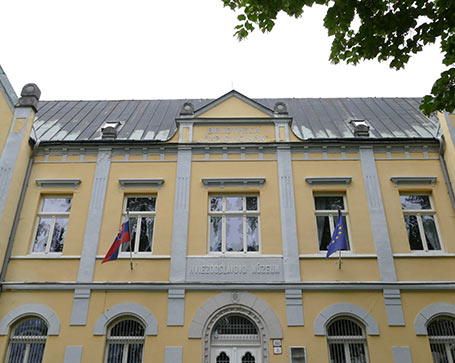 Besides a short film about writers life, which is crossed also with samples of his works, you can make a knowledge quiz or play pexeso on a touch screen. You will see many Hviezdoslavs personal things, for example, a bronze wreath, which was given to him from Serbian Slovaks.

He was a strong smoker, about what makes evidence his collection of pipes, ashtrays and cigars. Besides writing his own texts Hviezdoslav dealt with translation works of other authors. His favorite writer was Shakespeare, that’s why is no surprise that Hviezdoslav translated more of his works into the Slovak language.

He mastered more languages, about what makes evidence his library, that you can also see in the museum . To the exposition of his personal things is added an installation of historical furniture and decor, which replicated rooms in them he wrote or worked. Museum connects literary and fine art in the form of works from Eva Trizuljakova, which illustrates Bloody sonnets.

Close to the museum, at Hviezdoslavove square nr. 22, is situated his house, in which he spent last years of his life. The visit of the museum you can connect with the visit of the cemetery in Dolny Kubin, where he is buried.